As assistant producer, Jessie's work includes The Language of Kindness (Shoreditch Town Hall / UK tour) for Wayward Productions. She has previously worked for the National Theatre and The Corner Shop PR, representing clients such as Matilda The Musical and Manchester International Festival.

What are the core themes of Yellowfin and why should we come and see it?

Yellowfin is at a deep, molecular level, about fish. I really think it encourages us to respect their liveness, even while we might choose to eat them. Marek's play is set in a world not so different from ours, but where all the fish have disappeared. It asks how people respond to this kind of catastrophe; in particular, it explores the very human impulse to search for answers and to weave stories that might explain such a crisis. It satirises the inaction of politicians whilst also being quite sympathetic to the forces that trap them within a capitalist bureaucracy. You should see it because it's an intelligent, surprising handling of issues around climate crisis, it boasts razor-sharp courtroom dialogue, and it's very, very funny.

What have you found most challenging with this production?

I took on this play in 2019, and keeping up momentum since then has been tough. Then again, it was written six years ago, so the playwright had already learned to be patient. I think the greatest challenge was probably finding the cast to do it justice. Yellowfin demands that two of the actors be over 50 - and one of those really needs to be over 70, or at least look it. It's not always easy to get really established actors to do a small-scale show off-West End, but we have been fortunate enough to get an incredible cast on board: Nancy Crane, Nicholas Day, Beruce Khan and Joshua James. That, I think, is testament to the quality of the script and the director.

What's the best piece of advice you've received as a producer?

Gut instinct is always the best guide - or some variation of that, given to me by so many wonderful producers I couldn't help but believe them after a while.

What is your definition of 'commercial theatre'?

I'm not sure I have a definition beyond the obvious. What I would say though is that, for me, commercial theatre is all about managing and embracing risk. It's about looking at all the possible financial outcomes of a project, really understanding them all and facing them directly, and then deciding to do it because, in the final analysis, the risks make sense and you feel you'd be happy to stand by the project even if the worst outcome came to pass. Something like that, anyway. Come back to me when I've managed to make my fortune from theatre and maybe I'll have a different answer!

How has the bursary scheme supported you in your career?

Financially speaking, the bursary scheme has been a real lifeline during the pandemic. That's obvious enough - but the knowledge-sharing elements are really worth shouting about. The network has been brilliant in a time of crisis; so supportive and full of ideas. I'd particularly like to recognise my mentor, Tracey Childs, who has been more generous and wise than I could possibly have hoped. Everyone needs a Tracey in their lives. 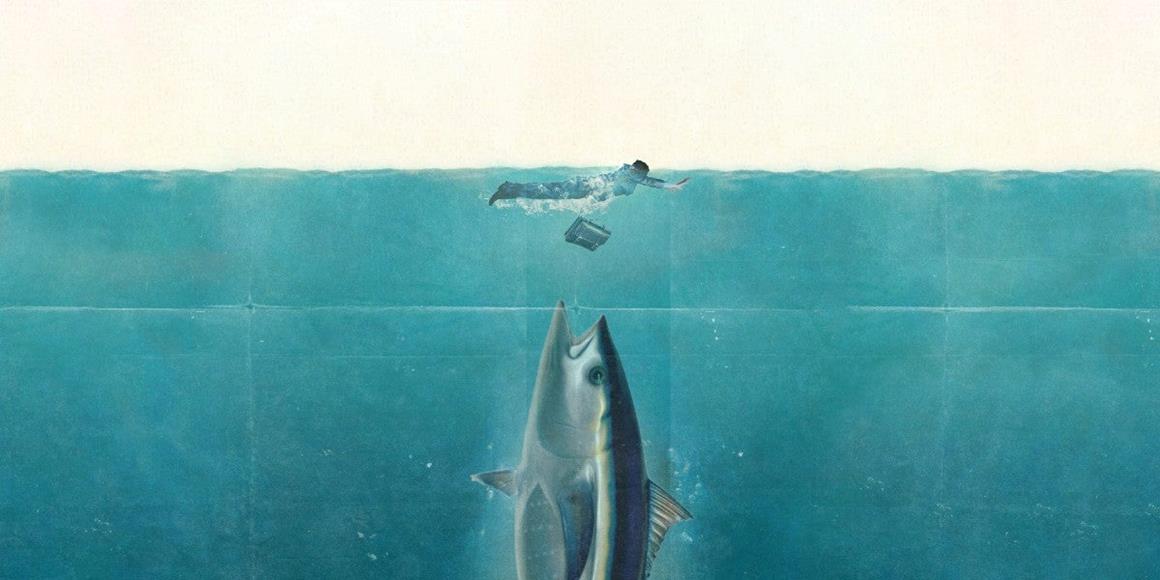 “There were fish,
And then there weren’t fish.
Simple as that.”

In a committee room on Capitol Hill, three senators have a job to do: they must question a man on charges of trading rare marine commodities, and they must find out what he knows.

Politics and the planet collide in a fiercely original new play by Marek Horn, whose debut Wild Swimming took the Edinburgh Fringe by storm in 2019. Ed Madden (Lemons Lemons Lemons Lemons Lemons) directs this bitingly funny exploration of the limits of science, the power of myths, and the things we can’t control.

★★★★ “The climactic moments are superbly well constructed, leading to a delicious denouement.” WhatsOnStage